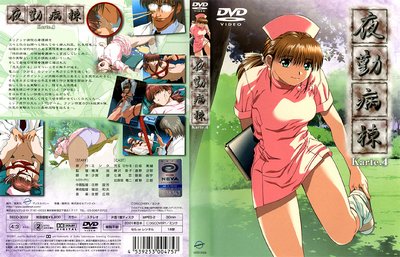 Elite doctor Kuwabara Souichirou could not forget his feelings for Nanase Ren, whom he had loved in his youth. He changed the hospitals he worked in, one after another, to look for her, and finally he met her again at St. Cattleya Hospital. However, her attitude was distant and her love could not come true. To make matters worse, he received photographs showing Ren being assaulted. Ren had been transformed into a lewd woman by Hirasaka through the woman’s body experiment when she was at St. Julianna’s Hospital. He was disappointed and he lost his mind. Kazama Mana, who was a nurse in the gynecology and obstetrics section, liked Kuwabara and looked like Ren. Taking advantage of her feelings, Kuwabara raped her and took her virginity by shouting Ren’s name.

Ryuji Hirasaka is a delusional man who was scarred during his college life. Witness to a tragedy involving a mortally wounded woman whom he tried to save. Fast forward many years later and Ryuji is now working as a gynecologist at the famed St. Juliana Hospital.